Can Glasgow’s home advantage make a difference for Scotland Sevens at the Commonwealth Games?

There’s a certain Scottish cyclist I’m thinking of. You might have heard of him – he’s an 11-time world champion and happens to be the greatest British Olympian ever with a grand total of six gold medals and a silver. Yes, Sir Chris Hoy is one of Scotland’s biggest sporting heroes and he was in Glasgow on Tuesday to mark the one-year milestone to the Commonwealth Games. 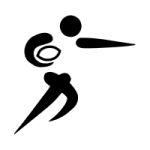 Unfortunately, the man who was once mistaken for football referee Chris Foy on Twitter has retired from professional racing a year before his grand homecoming. There’ll still be plenty of stars gracing venues across the city, but it’d hardly be a surprise to tell you that the quadrennial festival is hardly a magnet for the world’s best. Instead, it’s up to some new faces to step up to the spotlight and that’s what Colin Gregor, Scotland’s rugby sevens captain, intends to do.

Gregor joined Hoy at the “festival of sporting and interactive fun in Glasgow” to promote his sport, which many people still don’t know is an Olympic sport, never mind a Commonwealth one. Next year, then, may be a perfect opportunity for new fans to witness the high-paced game for the first time as it prepares to take its Olympic bow. Gregor himself admitted: “It has now really sunk in that it’s just one year to go to the Commonwealth Games. It’s going to be a massive year for Scotland, Scottish sport and Scotland 7s.”

It’s also going to be a pretty tough one for them. Before the big event, which will all take place in Rangers’ Ibrox stadium, Glasgow will again host the penultimate round of the HSBC Sevens World Series but they will be wary of what happened last year. History suggests that hosting a competition usually gives the home side a big boost, but tell that to the Scotland side that were thumped 28-0 by New Zealand and 29-7 by rivals England in the pool stage, before entering the lowly “bowl” competition and being knocked out by Kenya in the semis. The poor performance meant Scotland had to participate in an elimination competition to ensure their 2013/14 survival, rather than enjoy the climax to the season at Twickenham.

Surely the Commonwealth experience will be a bigger lift than some run-of-the-mill league competition, I hear none of you say. True, the sight of seeing your compatriots winning medals in other sports is likely to inspire you, as Andy Murray admitted following the 2012 Olympics. That notion isn’t foolproof though, as India learned the hard way. Bringing the Games to New Delhi in 2010, the fledging sevens side lost all their group games and earned a total points difference of -141 – including a 59-0 drubbing by bronze medallists South Africa.

To think Scotland will suffer as much as a terrible Indian side is fairly laughable, but there isn’t much chance of success, either. At the 2010 edition, Scotland scraped out of the group by the skin of their teeth, their 19-17 win over Canada as much to do with that as their 46-0 defeat to eventual champions New Zealand. A brief flirt with the main knockout stages saw Scotland relegated to the second-tier “plate” competition and they reached the final, only to be totally outclassed by a Samoa side fresh from knocking out Wales. In fact, none of the British sides had any luck, as England fell at the final hurdle, gifting bronze to the South Africans.

The form guide seems to show that the home nation will be embarrassed in Glasgow. They have never placed higher than seventh in the overall World Series standings (in 2011), only just beat Japan in a disappointing World Cup this June and their only Commonwealth Games win back in 2006 was against the ridiculously bad Niue.

Not that England or Wales have any more chance of bagging the top prize. New Zealand have won all four of the previous tournaments and, based on their 2012/2013 season form in which they dominated the World Series (and the two before them) and watched as both their men and women’s teams grabbed the silverware, nobody in the Northern Hemisphere has much of a chance.